Home » All about WMS Gaming 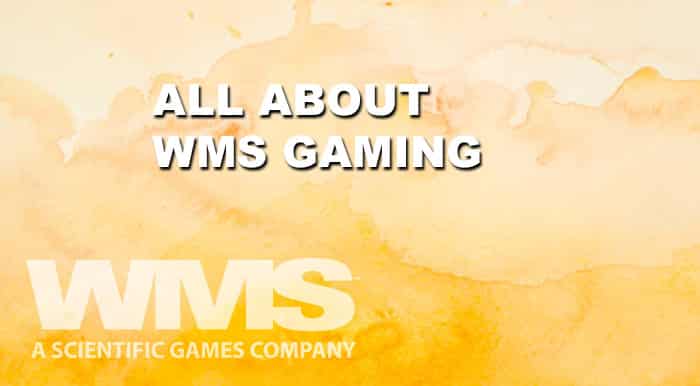 The emergence of WMS Gaming can be traced back to the history of the WMS industries. In the year 1943, Harry Williams, based in Chicago, established the Williams Manufacturing Company.

The company was established to offer fortune telling and pinball tables which were famous in restaurants and cafes during that period. The first game ever produced by Williams Manufacturing was a pinball after named”Flat-Top”.

Williams was the person who designed the mechanism of pinball table, which is in use till today. The Company has evolved over the years through various name changes. The Company founded Williams Electronics Incorporation in 1974.

In 1990, the William Gaming Company first produces video lottery terminals before going into slot machine business. The company later formed the subsidiaries of Williams Gaming in 1991, which was later renamed to WMS Gaming in 1999.

In 2000, WMS made a huge movement into Video slots production, which includes video slots such as Men in Black, Lord of the Rings, The Wizard of Oz and Star Trek.

WMS has attracted a lot of online gamblers since the released of its first online game in 2010, named Jackpot Party. The company formed Williams Interactive in 2012 to produce gaming machines and slot machines.

In 2013, the company formed a merger with Scientific Games, becoming a fully owned subsidiary of SG gaming. In other to bring terminals to a host of Luda locations, the Scientific Games Corporation made a move to merge with Mecca Bingo in the United Kingdom in early 2018.

This merger was formed to ensure that gamblers could play slot games and Bingo in a more sociable and serene environment with a new food menu options.

There are T8 terminals in venues to include Weston-Super-Mare, Leeds, and Walsall. Over the years, Gaming has evolved to become more popular among other online gaming software.

WMS games provide online gamblers with great bonuses and palatable payouts. They have amazing and incredible online slots like Bruce Lee, Black Knight, The Wizard of Oz, Zeus, Star Trek, and many more.

Hot Hot Penny is another experience of WMS slots, although the online gamblers stake low, their payout is enormous. Apart from slots, you can enjoy Scratch Cards, Roulette, varied varieties of Blackjack, Video Poker and other tables games, etc.

WMS Online gaming is fair and safe for gamblers due to their regular auditing and legal license from the Alderney Gaming commission. It is also certified by GLI Company, Gaming Laboratories International, Remote Gaming Association and Technical Systems Testing.

The certification and licensing ensure that online gamblers have access to a safe gambling environment. The customer service is available for 24 hours, and are ready to give their customers on Gambling Sites not on Gamstop swift response to their queries.

WMS or Williams interactive, though formed in 2012 has been around since the early 40s. The online gamblers get total excitement from additional features, frequent bonus win, graphics, progressive jackpots, and fascinating video and table games.

The online bettors are guaranteed to scoop impressive winnings due to high payouts and other bonus opportunities. Bettor’s information details are safe and secure using modern encryption technologies.

Also, they are provided with fair gambling as the company hold a certificate from renown authorities internationally.