Home » All about Microgaming 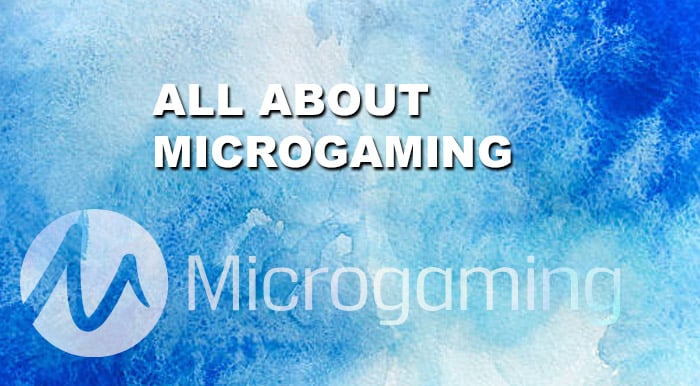 In 1994 Microgaming created the first-ever online casino. Since then, they have never stopped growing and innovating, and now they are the biggest operator in the world of the casino industry.

The company is privately owned and operates from the Isle of Man. There are more than 120 online mobile casinos powered by Microgaming.

The Viper software they created in the year 2002 was a real game-changer in the casino industry. The list of the casinos powered by Microgaming includes some of the most prominent mobile ones.

Most have No Deposit Bonus so gamblers can have a feel of the slots before they decide to wager their own money.

Slots are one of the major areas of the Microgaming business, but the company also provides sportsbook and poker products, as well as video poker, live dealer games, and unique products made for mobile.

Why is Microgaming special

Microgaming is involved in all aspects surrounding the gambling industry, offering a variety of games available in 45 different languages.

Gamblers also have 25 different currencies available to bet on each game. Microgaming games are available in various devices, like smartphones and tablets, and operating systems, like iOS and Android.

The history of the company has several landmarks. In 2003, it became a founding member of eCOGRA. In that same year, won an award of Top Casino Software listed on Online Gambling Magazine.

2004 was also a good year for Microgaming, as 23 casinos not on Gamstop from the company received the seal of approval from eCOGRA.

Style of slots and special features

Some of the most popular original creations of Microgaming mobile games are Immortal Romance, Avalon/Avalon II, Lost Vegas, Bust the Bank, Thunderstruck/Thunderstruck II, and Jungle Jim.

They have made a handful of famous slots with animal-themed games like Untamed Giant Panda and Rabbit in the Hat. They also have branded games like Bridesmaids or Tarzan.
Some of the Microgaming slots jackpots like Mega Moolah are split into four different types: Minor, Mini, Major, and Mega.

The mega is the biggest and hardest to win among the four jackpots and also pays gamblers large payouts. With four Jackpots, the small ones are regularly won although providing low winnings.

Immortal Romance is a 2011 online slot from Microgaming, and one of the most popular the company developed.

Its gameplay entertains gamblers all over, making it one of the most played slots throughout. It was the first online slot to contain real elements of storytelling, although it’s not too complex.

Immortal Romance is a vampire-themed slot, focused on a forbidden love triangle. The slot has a useful bonus feature that keeps gamblers entertained due to its ominous music and eerie looks.

When gamblers gather three scatters, they are provided with a variety of free spins with different multipliers that will surely boost the gameplay.

Microgaming has stood out among other industries to be one of the largest developers in the online gambling world.

It has a strong portfolio of slots, providing something for each bettor to enjoy. Castle Builder II and Storylines are two of the most famous titles by this award winning provider.